Telling the time has always been a tricky concept for students to understand.

Throw into that mix the fact that there are both hour numbers and minute lines around the clock face and it’s no wonder students get confused.

Well here is now another way to help students tell the time – use a number line!

It makes sense that when learning about place value, using a number line shows children the sequential numbers forwards, backwards and reinforcing the concept of skip counting. 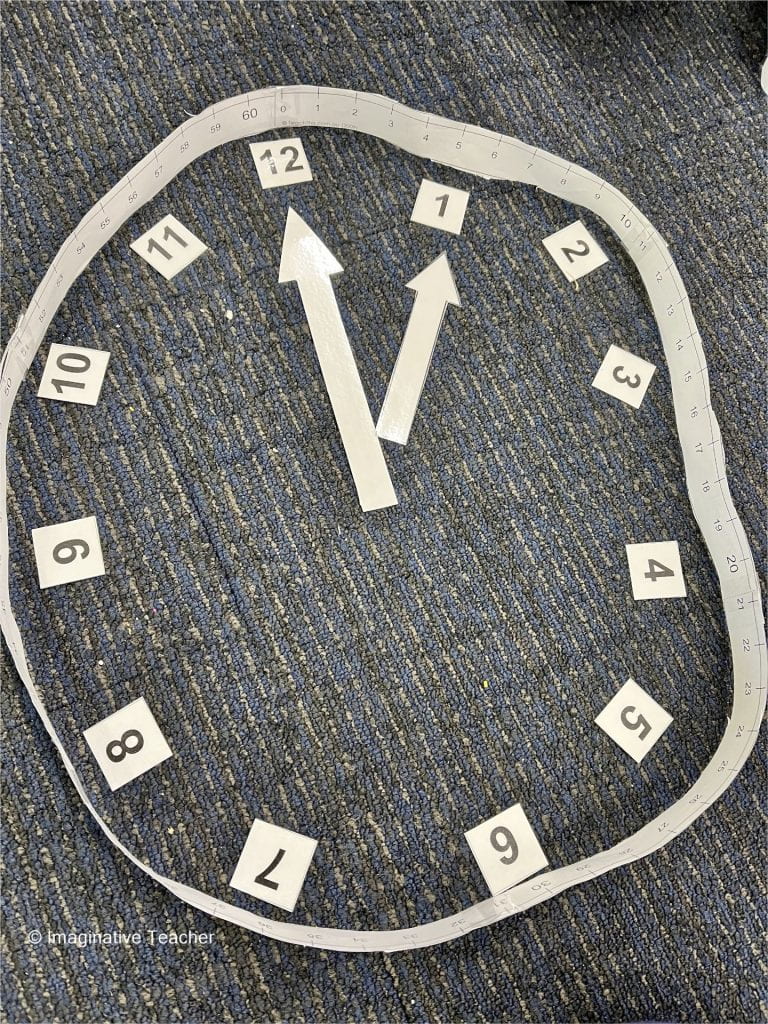 I have found that using this method after teaching students about number lines has really helped them to understand the concept of increasing minutes, skip counting by increments of 5, o’clock, half past, quarter past, and quarter to.

See what a difference it will make to have a hands-on experience. It really will help make those students make connections with numbers and time.

Download the freebie below and grab your own copy so that your students can make a number line clock too. 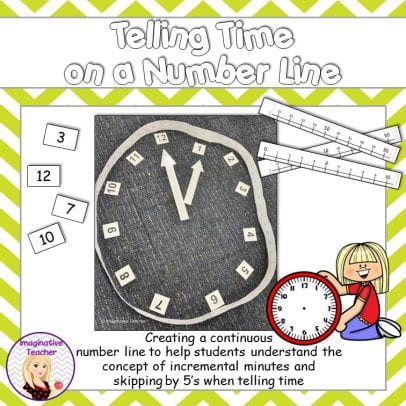 I try to read a story to my class every day. I’m a big fan of fairytales and the various versions each one can take. In one story, the Big Bad Wolf might eat Three Little Pigs, but in the next version the pigs take ninja training and chase the wolf. Such fun!

I discovered very quickly that students are coming to school with very little knowledge of the fairytales that our generation grew up with and loved.

When learning about narratives, it is easy to focus on the four main areas of character, setting, conflict and resolution. Often delving deeper into character traits is overlooked as it is quite tricky for some students to deeply think about the personalities of the different characters. It is important that we analyze not just who, where, what, when, problem and solution but also the characters themselves. 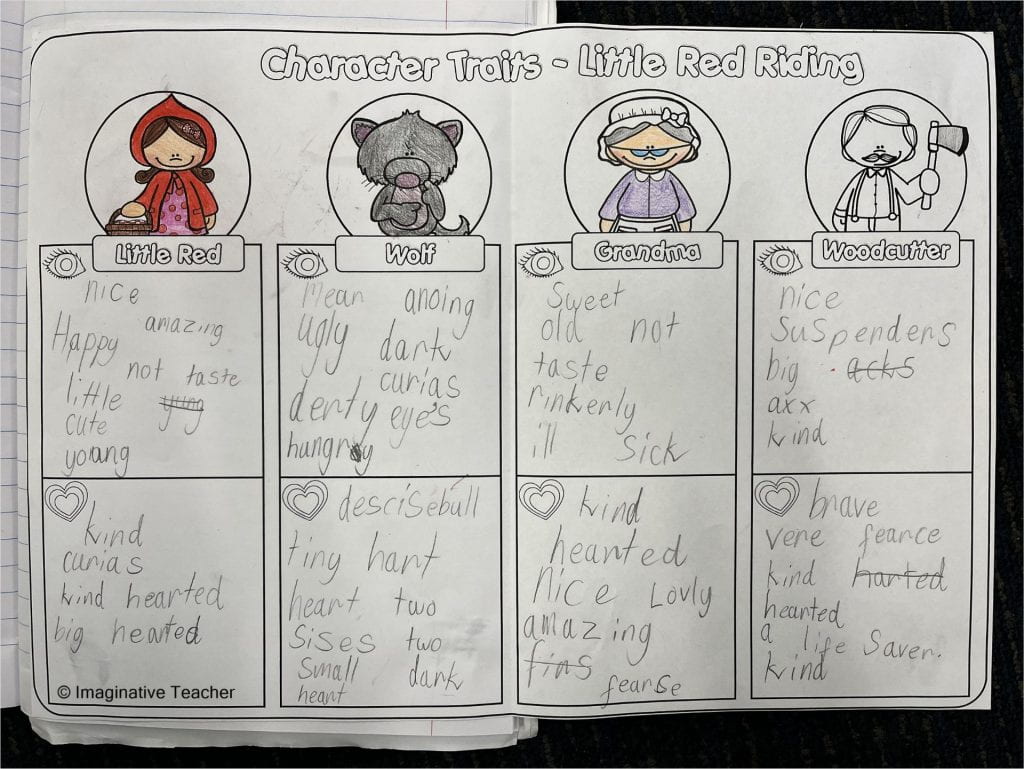 I usually teach narratives and character traits after out unit on adjectives, as it helps for students to be able to use broader language and express themselves rather than use boring terms such as  ‘bad’ or ‘mean’. Students become quite clever at finding new terminology and enjoy the challenge of describing each character perfectly.

To encourage deeper thinking, I’ve designed these templates to help students really think about what the characters look like on the outside and how they are on the inside, making comparisons between the main characters.

For example the Wolf and Little Red Riding Hood. They are very different characters with very different personalities but by placing them next to each other students can compare and contrast what the two characters are like both in appearance and personality. 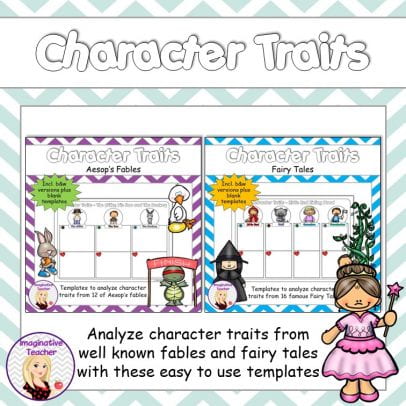